Anna Fernstaedtova is a skeleton racer from the Czech Republic, who has won medals at both the Junior World Championships and the Europe Cup.

This impressive athlete started training for the skeleton when she was just 14 years old, quickly realising she had a talent for the sport and pursuing top level competitions. She entered her first major competition in 2013, where she took three golds at the Europe Cup and established herself as a serious competitor right from the first year of her career. The following year she also competed in the Intercontinental Cup, building on her reputation and increasing her presence on the international scene. Fernstaedtova has also enjoyed great success at the Junior World Championships, having entered for the first time in 2015, taking a bronze in 2016 and winning three times in a row in 2018, 2019 and 2020. Her busy calendar of international competitions continued to grow, with her first World Cup season coming in 2016- 2017. She took a bronze medal, and repeated her performance the following year at Altenberg.

Having already made her first Olympic appearance at the 2018 Winter Olympic in South Korea, this talented athlete is well on the way to becoming one of the greatest skeleton racers of recent years. In 2018 Fernstaedtova made the move to the Czech national team, and hopes to represent her home country at the 2022 Winter Olympic Games. 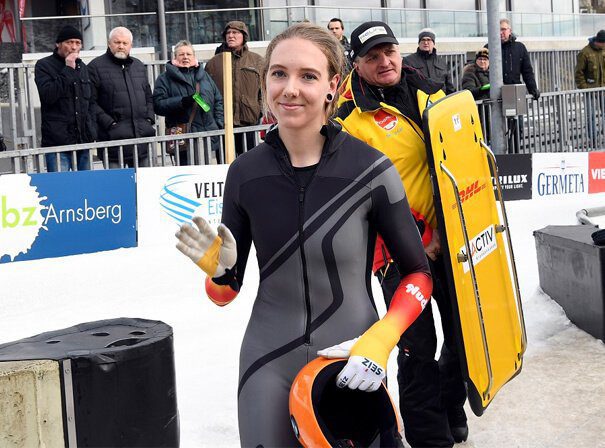