Swedish sailor Anna Östling has been a leading profile in women’s international match racing for over ten years. She is the skipper of the second highest ranked team in women’s international match racing, Team Wings, and has won the World Championship on two occasions (2014 and 2016). In 2012 she competed with the Swedish team in the London 2012 Summer Olympic Games finishing in 12th position.

Östling began sailing when she was 8 years old in the Optimist youth racing class. She began to pick up several medals at different levels as she rose through the ranks, and started off match racing on foredeck before becoming interested in helming. Östling made her Olympic debut in Weymouth at the 2012 London Olympics, holding her own against a highly impressive field to finish in the top 12.
In 2014 she won her first World Championship in Cork, Ireland, just weeks after becoming a mother for the first time. Two years later she repeated the same feat on Lake Michigan to take her second World Championship title. Since then,

Östling and Team Wings have been consistently ranked as one of the best teams in the world, and reached number 1 in the World Rankings in August 2016. Despite the ongoing success of the team, Östling never feels any pressure in any competition, preferring to enjoy each race and give her best each time. 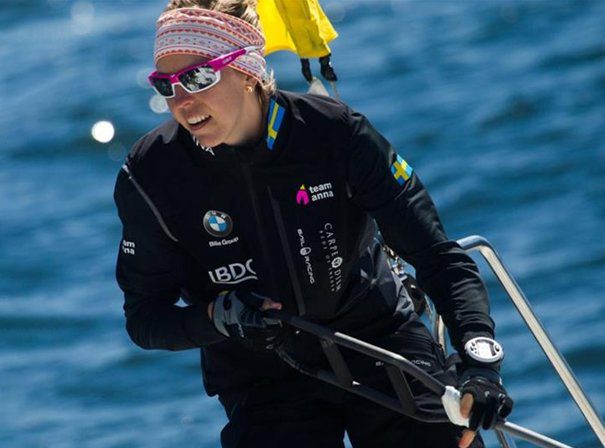