Former Paralympic swimming champion Benoit Huot CM CQ enjoyed major success during a glittering career that saw him named the International Commonwealth Federation’s Male Athlete of the Year with a Disability in 2003, Swimming World’s World Disabled Swimmer of the Year in 2005, and a Member of the Order of Canada in 2013. He was also inducted into the Canadian Disability Hall of Fame in 2011. He received all of these accolades thanks to his many para-swimming gold medals, most notably the nine golds he won at various Paralympic Games between 2000 and 2012, not to mention the many silver and bronze medals he also won at the Games, the IPC World Championships, and the Parapan American Games. He brought his amazing 25-year-long career to a close in 2019 but was chosen as Canada’s chef de mission for the 2022 Commonwealth Games in Birmingham, UK.

Huot was born in Quebec in January 1984 and was born with club feet. However, he was a keen swimmer from a young age and was a strong competitor against able-bodied competitors at events such as the 1997 Quebec Games. Classified as an S10 swimmer, he made his international debut, aged just 14, at the 1998 IPC World Championships and won two gold medals. At his maiden Paralympics in Sydney in 2000, he took gold in the 50m butterfly, 100m butterfly, and 200m individual medley. He performed even better in Athens four years later, taking home five gold medals. After winning mostly bronze in Beijing in 2008, his final Paralympic gold came in London in 2012. 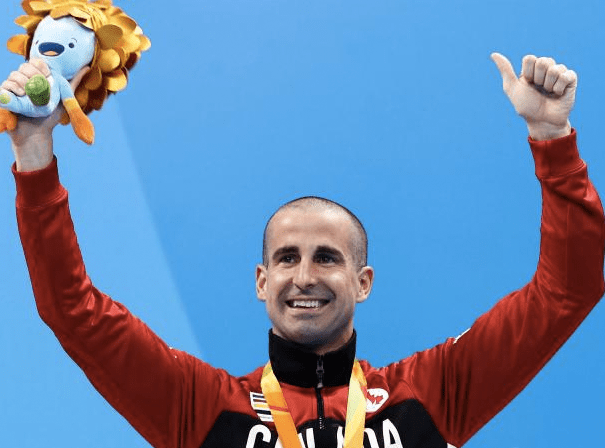