Sporting legend Brad ‘Hoggy’ Hogg is an unparalleled tour-de-force. Australian cricket is forever better because of the fun-loving, humble and positive attitude Hogg brought to the sport. He is a notable hero of the 2003 and 2007 Cricket World Cups, putting England to shame with his delivery of two consecutive ‘wrong-uns’, and his world-famous left-handed ‘Chinaman’ delivery.

Playing in 123 One Day Internationals, 7 test matches and 3 World Cups for the Australian team, Hogg has demonstrated his determination, work ethic and love for the sport. Hogg’s legendary status became cemented with his appearance in the massively popular, Big Bash League. Never wanting to give up on his beloved sport, Hogg has said he is determined to play at the professional level until he is 50. Hogg is determined to defy the odds and set an excellent example for others to follow.

Talented beyond the field, Hogg is an engaging sports commentator. Hogg is also a champion ambassador for an array of charitable organisations which support the local community and represent the heart of the nation. Hogg is an ambassador for Homeless Connect, Police Legacy and the Duchenne Foundation amongst others.

Hogg now tells tales of his sheer joy for the sport of cricket. Hogg speaks from a place of absolute humility. He delivers the fear of failure, the roar of success, the determination to be chosen, and the inspirational stories that he picked up along the way expertly. All of this, Hogg brings together to wow audiences with a triumphant look into what it is to stay humble, honest and real on such a substantial public stage. 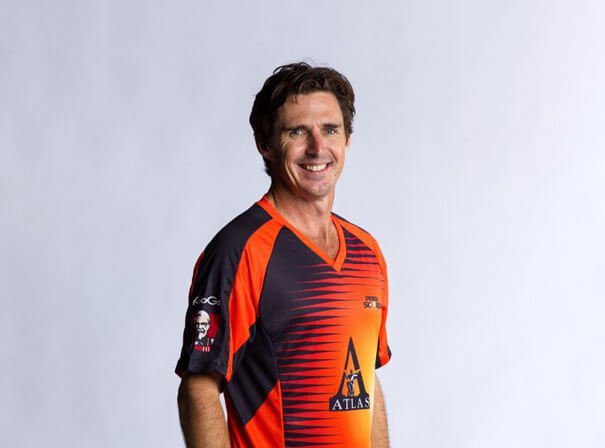