Brandon Showell is a singer, songwriter and actor who rose to prominence as a solo artist after appearing on Season 13 of NBC talent show The Voice in 2017. The undeniably talented young star is known for a mixture of Pop and R&B sounds and his smooth soulful vocals. Before appearing on The Voice as a solo artist Showell was a member of power-house vocal group 4Shore who worked with legendary music industry icons including Paula Abdul, Pharrell Williams, Simon Cowell, L.A. Reed and Nicole Scherzinger.

Hailing from Virginia Beach in the United States, Showell joined forces with three other solo artists to form vocal band 4Shore in 2008 whilst he was still at high school. The band started off singing on platforms including the Virginia Beach Ocean Front and quickly gained attention from both tourists and locals for their impressive vocal talents and harmonies. After posting their passionate covers on YouTube the group quickly gained an impressive online following, boosted when the band became competitors on the first season of talent show The X-Factor on FOX. Following the show the band travelled to Atlanta to pursue their career, but in 2012 Showell left to finish college back in Virginia.

After his studies the young singer spent almost a year as a performer for Royal Caribbean Cruise Lines before deciding to audition for NBC show The Voice. Showell made an impact with his rendition of ‘Nothing holding me back’ and successfully joined Adam Levine’s team. Since appearing on the show his career has gone from strength to strength, with his highly anticipated EP Scripted now making waves thanks to his classic R&B sounds that many feel are lacking in today’s music scene. 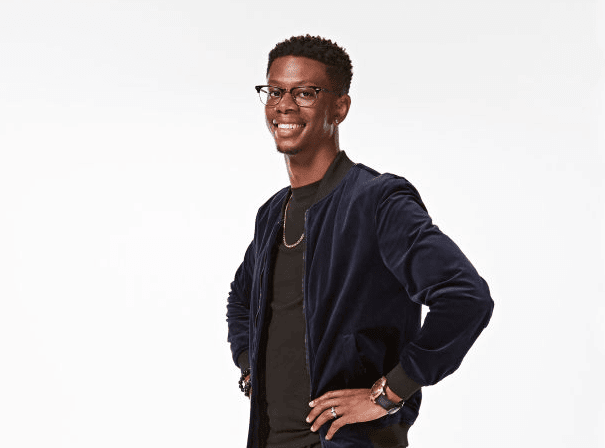