A gargantuan talent at the wide receiver position, Footballer Bryan Edwards has tons of potential in the sport. After a record-breaking four years playing college football for the South Carolina Gamecocks he was drafted by the Las Vegas Raiders in the third round of the 2020 NFL Draft and quickly garnered a huge amount of hype as he frequently crushed training camp practises. His potential began to translate into the Raiders’ first nine games of the season and his role increased steadily over his first season. Now enjoying a fresh start closer to his home with the Atlanta Falcons, Edwards is ready to take a leap into stardom.

Born in Conway, South Carolina, Edwards began to shine playing for Conway High School where he was selected to play in the 2016 U.S Army All-American Game but missed out after an injury. The talented youngster then committed to play college football at the University of South Carolina, where he went on to became the college’s most prolific wide receiver. Matching his sublime athleticism with big-time production, he passed Alshon Jeffery’s school record career for receiving yards and Kenny McKinley’s school record for career receptions during his senior year in 2019.

Drafted by the Las Vegas Raiders in the 2020 NFL Draft in the third round (81st overall), he was particularly productive for the Raiders in 2021 recording 34 receptions for 571 yards and three touchdowns. Averaging 17.0 yards per reception over his first two pro seasons, Edwards continues to be a big-play threat since his move to the Falcons. 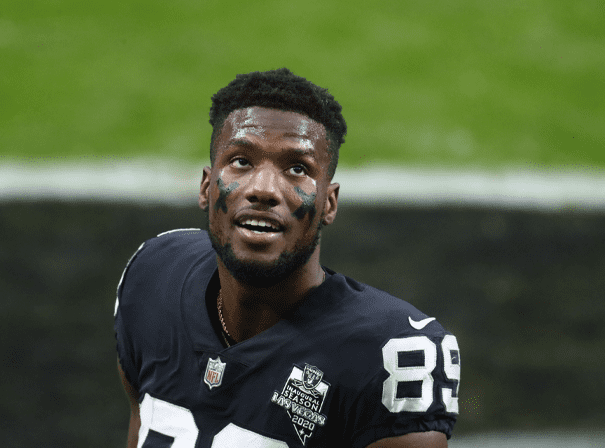