Singer, songwriter, and former gold-winning Olympic gymnast, Carly Patterson was the first all-around champion for the United States and is a member of the USA Gymnastics Hall of Fame. She began competing internationally aged 12 after being coached by former Israeli Olympian Yohanan Moyal, winning the silver medal in the all-around and the bronze on the balance beam at the Top Gym Tournament in Belgium. She became the US junior all-around champion in 2002 and began her senior year by winning the 2003 American Cup, being the youngest competitor there, aged just 15. She made it onto the US Olympic team in 2004, travelling to Athens, where she picked up two silver medals for Team and Balance Beam, and won gold in the all-around, becoming only the second American woman to do so.

Not long after, she was diagnosed with bulging discs. Doctors advised Patterson to give up gymnastics if she wanted to be able to continue to walk in her later years. She officially retired in 2006 and moved on to her second love, singing. She also released her authorised biography the same year.

Patterson regularly makes inspirational event appearances as a motivational speaker and passes on her talents by training young gymnasts at various training camps throughout the United States. She has made a number of commercials, has regularly appeared on the chat show circuit and has featured on the reality TV shows, Hollywood at Home and Celebrity Duets. Married with three children, Patterson regularly posts to her huge fanbase on social media via Facebook, Twitter and Instagram. 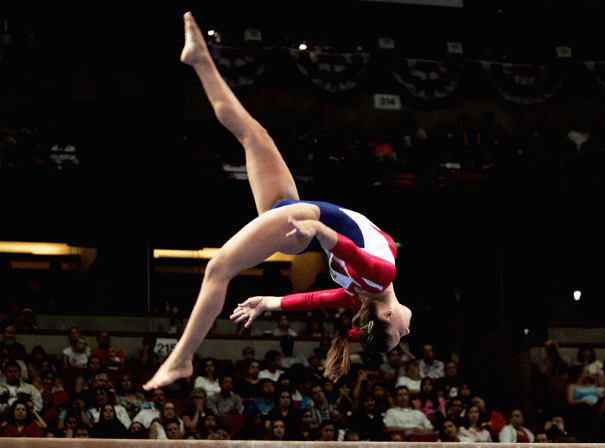