Chandler Duke Cox is an Football fullback who realised his NFL dream when he was drafted by the Miami Dolphins. A stand-out player at both high school and Auburn University, Cox is currently a free agent.

Born in Sandy, Utah, Cox was the youngest of three brothers and growing up had to find a way to get tough quick. His father had previously played in the NFL in 1987, and although his siblings Jordan and Dakota would push him around when they played football Cox always felt he had the edge. By the time he was 15 he hit a six-inch growth spurt and also hit the weights, working out to get bigger and stronger. Thanks to his dedication in the weight room, he grew big enough to make an impact playing at Apopka High School in Florida. His leadership and grit also helped the Blue Darters to three state championships and two wins at the top level of Florida high school football.

Cox made an equally good impression off the field as well, and was described by his coach as one of the most positive human beings he’d ever been around. He received more than 15 scholarship offers from major college programs and joined head coach Gus Malzahn at Auburn. Cox continued to enjoy the physical part of the game and worked even harder in the weight room, and was selected in the seventh round of the 2019 NFL Draft by Miami Dolphins. Now a free agent, whatever the future holds for Cox he will undoubtedly give it his all. 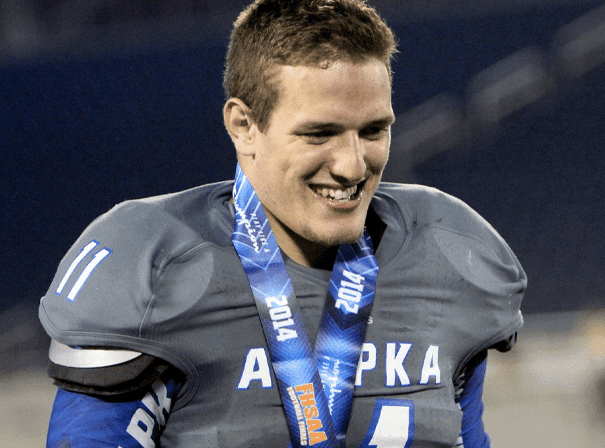