Breakthrough NFL player Chase Edmonds is a force to be reckoned with. The Pennsylvania native has been integral to the Arizona Cardinals winning streak since his debut in 2018, and he has been leaving a lasting impression on the game ever since. During his high school days, he played basketball and football for the Central Dauphin East High School Panthers before joining Fordham, where he launched his formidable college career. Edmonds emerged from his highly successful Fordham days after setting a Patriot League career rushing record and ranking fifth in NCAA FCS history. With a solid foundation in the game, Edmonds transition to the NFL has been a thrill to watch.

Edmonds NFL debut saw him catch four passes for 24 yards and rushing four times against the Washington Redskins. To round off his spectacular rookie year with the Cardinals, Edmonds scored his first two touchdowns in a 20-17 victory over the Green Bay Packers. From there, he would go head to head with the New York Giants and post his first career 100+ yard game to take the win. With a record 145 years from scrimmage against the Seattle Seahawks in 2020, Edmond finished the season after appearing in an impressive sixteen games. Those included two starters with 97 rushing attempts, 53 receptions for 402 yards and four receiving touchdowns. Seemingly unstoppable, Edmonds is a challenger that will be shaking things up in the game for years to come. 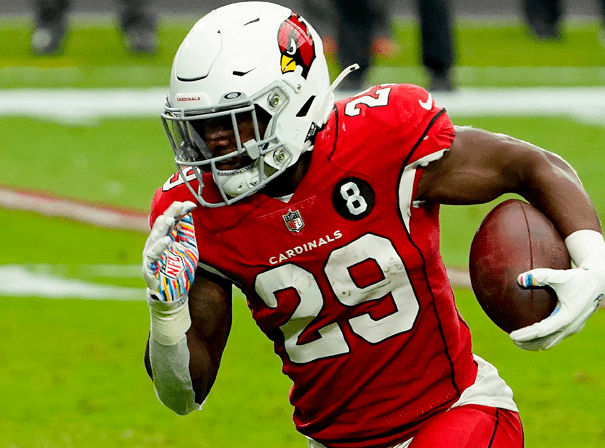