Rising star Chutong Zhang is a Chinese short track speed skater who has risen through the ranks of the sport in recent years. She has represented China since 2018 when she was just 15 years old, and competed at the 2020 Winter Youth Olympic Games in Lausanne where she finished sixth in the 1000m, eight in the 500m and fifth in the mixed relay. After a series of impressive results in the 2019/2020 season Zhang has become a serious threat at senior level competitions, and will be one to watch at the Beijing Winter Olympics in 2022 where she hopes to make an impact in front of her home crowd.

Born in 2003, Zhang was just 15 years old when she made her Short Track World Cup debut in December 2018, taking 33rd place in the 500m and finishing in sixth place in the relay. The following year, Zhang had a meteoric rise to the top of the sport as she grabbed her first World Cup podium finish in February 2019, taking third place in the 1000m in Dresden. She went on to finish sixth overall in the 2019/20 season with a second place in Dordrecht and another third place in Salt Lake City. After already achieving incredible results at this early stage of her career, the talented youngster now has the Beijing Winter Olympics firmly in her sights. 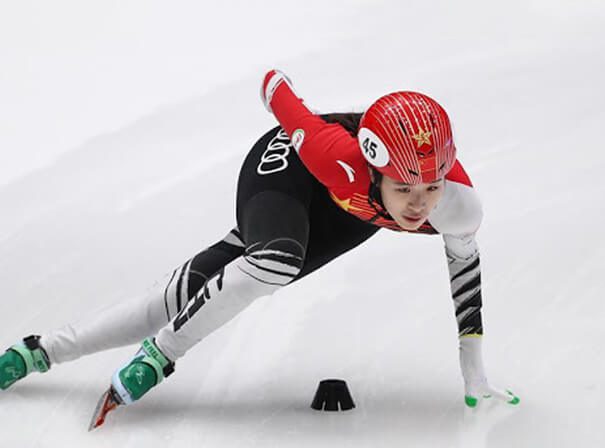