Professional Footballer CJ Mosley plays for the New York Jets and has played in the Pro Bowl four times since 2014.

Throughout his youth, Mosley was always a promising athlete. He played football, basketball and was a keen track and field competitor too. He received offers from several college football teams including Florida State, Oklahoma and Tennessee but chose to take his place at the University of Alabama. He became a key part of the Crimson Tide team during his time there, winning the Butkus Award in his senior year and being named the SEC Defensive Player of the Year. After attending the NFL Combine, he was drafted by the Baltimore Ravens in 2014 and played for the side for the next four years. During that time he was chosen to play in the second team All Pro four times and the Pro Bowl four times, as well as being named as part of the 2014 PFWA All Rookie Team. Mosley quickly made a name for himself as an invaluable player, becoming one of the best known linebackers in the NFL and becoming highly sought after. In 2019 he signed with the New York Jets, and has played with the side ever since.

After opting out of the 2020 NFL season due to the Covid 19 pandemic, Mosley made a triumphant return to the 2021 season and continues to make a huge impact on the football field. 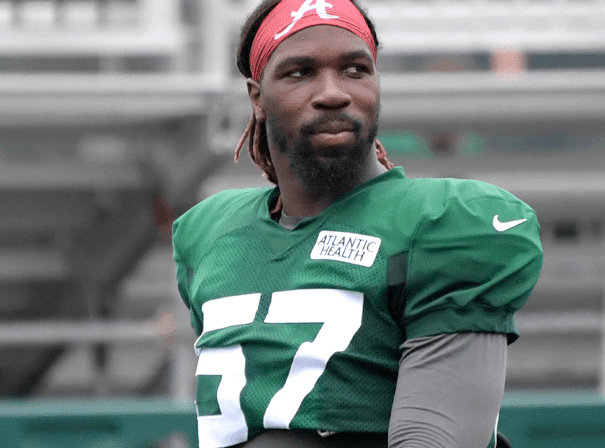