The incredible sportsman Corey Sanders is a professional basketball Point guard, who currently plays for Lavrio of the Greek Basket League and the Basketball Champions League. He has also played in his native United States, as well as in Italy, Poland, and Portugal.

Born and raised in Lakeland, Florida, Sanders proved to be a natural basketball player during his High School years, going on to lead the West Oaks Academy in Orlando to the 2015 Sunshine Independent Athletic Association State Championship. He was considered a four-star recruit, ranked 62nd in his class of 2015 by ESPN, and 75th overall by Rivals.com. He went on to play college basketball at Rutgers University in New Jersey, and over three seasons averaged 14.6 points, 3.6 rebounds and 3.5 assists per game. He turned professional when he signed a deal with the Rio Grande Valley Vipers of the NBA G League in October 2018, but was waived before he played a game. In January 2019 he signed with the Mega Basket Georgia of the Georgia A League, and in October he briefly returned to the Vipers. In December he joined the Lakeland Magic, but a month later he decided to try his luck in Europe, and joined the Portuguese side União Desportiva Oliveirense. He then joined Polish side Astoria Bydgoszcz for a season. In July 2021 he moved to Italy to play for Pallacanestro Trieste 2004. Then in January 2022 he joined the Greek side Lavrio.

Sanders regularly connects with his legions of followers and fans through Instagram, and Twitter, posting pictures and videos about his life both on and off the basketball court. He is also available for that personalised slam-dunk via the Cameo platform. 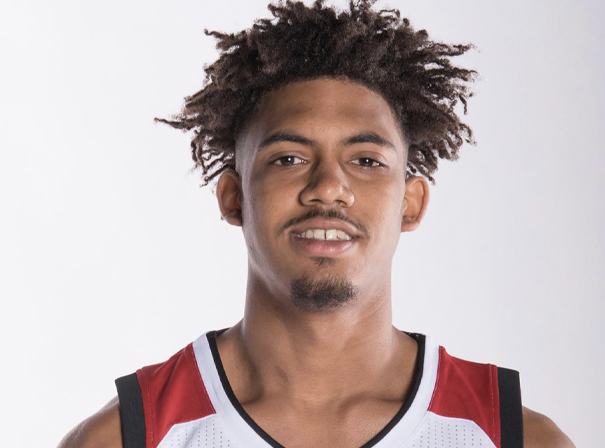