Early successes brought speed skater Dan Jansen national attention before he even turned 20 years old. At 16, he wowed the crowds with a junior world record time for the 500-meter race, giving a mere glimpse of the great things that were to come. Becoming a professional speed skater at 17, he made his Olympic debut in 1984, and though he didn’t take home any medals in his first year, Jansen’s sporting accomplishments would quickly accumulate in the decade to come.

The World Sprint Championships put Jansen on the podium five times between 1985 and 1994, while he racked up 46 World Cup wins and eight separate world records. After winning a gold medal at the 1994 Olympics, Jansen retired from professional speed skating, his name forever etched in the history books as one of American sports’ most gifted talents.
Dan Jansen retired from professional competition at the top of his game. Now, he has reinvented himself as a popular motivational speaker. Besides his ability on the ice, this Olympiad was always well known for his good character, leadership qualities, and positive sportsmanlike conduct. He shares those ideals at his speaking engagements and as part of the Dan Jansen Foundation, which raises money to support education, youth sports, and leukemia research. 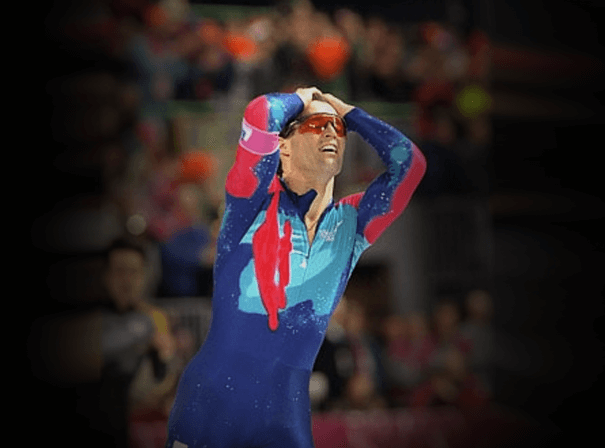