The fabulous, two-time Grammy winner Daru Jones is one of the most respected drummers of his generation. He is also a sought-after producer and boutique label owner who develops talent and releases music through his imprint, Rusic Records. He has been the go-to drummer in the world of Hip-Hop for over a decade and has shared the stage with the likes of Mos Def, QTip, Black Sheep, and Theophilis London.

Born to professional musician parents, Jones began playing the drums at the age of four. His illustrious career has seen him record, perform and tour with such renowned artists as Jack White, Talib Kweli, Black Milk, Jamie Lidell, Salaam Remi, Black Violin, Ski Beatz & The Sensei’s, Queen Latifah, and Gloria Gaynor. He has received rave reviews from the likes of Rolling Stone Magazine, LA Weekly, and USA Today, and he has appeared on several TV shows, including Later… with Jools Holland, Saturday Night Live, and The David Letterman Show.

Jones regularly connects with his legions of fans and followers through Instagram and Twitter, posting pictures of his life both in and out of the recording studio. His incredible drumming feats are also available to witness on countless YouTube videos. His official website is: rusicrecords.com. 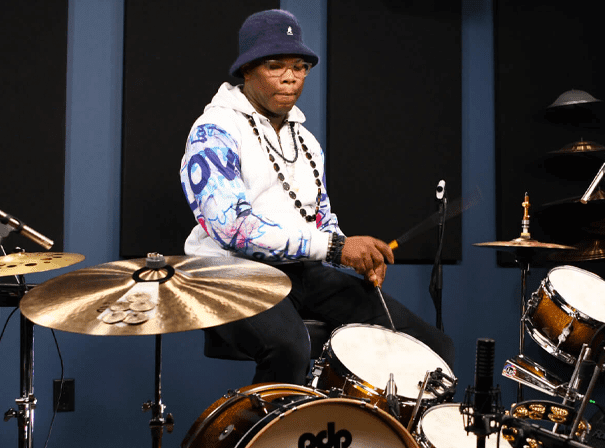