Though comedian and television personality Dashan hails from Ottawa, Canada, he is best known in China, where he is one of the most famous Western personalities in the Chinese entertainment industry. Occupying a relatively unique position as a foreign national who has become a celebrity in Chinese media and culture, Dashan has appeared regularly on China Central Television and entertained millions across the nation.

Born Mark Rowswell, Dashan studied Chinese while attending the University of Toronto in the ‘80s. Upon graduation, he was awarded a full scholarship to focus on Chinese language studies at Peking University. He made his first appearance on Chinese television only a few years later, hosting an singing competition in 1988. The month after, he was invited to perform a comedy sketch on national television during the CCTV’s New Year’s Gala, a variety program that has an audience of over 500 million people. It was this skit that catapulted him to national stardom almost overnight, due to his fluent Chinese and comic delivery.

Throughout the 90’s and the 00’s, Dashan cemented his celebrity status by appearing on national and regional television programs across China, regularly appearing on the New Year’s Gala and gaining wide recognition across the nation. He’s also worked as a freelance host and presenter, while hosting numerous educational programs and dabbling in dramatic acting. Dashan continues to be a beloved performer and on-screen personality on Chinese television, while taking his unique brand of stand-up comedy around the world. 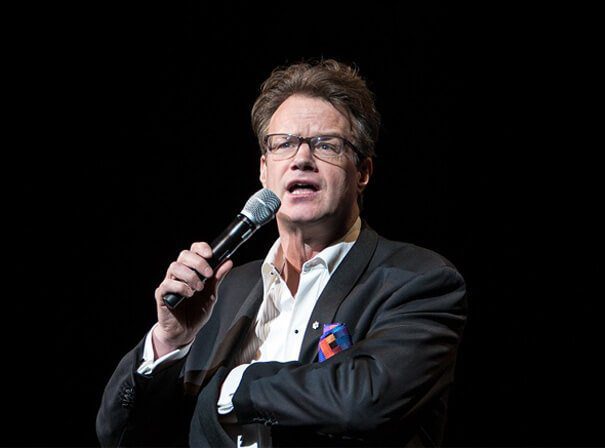