Dave Sims is an American sportscaster who specialises in commentating on baseball. His commentary usually covers the games played by the Seattle Mariners, but he also commentates on football games during his time on Westwood One’s Sunday Night Football, a show that he joined all the way back in 2006.

Sims got into sports during his time at college when he played on the varsity team. When he left, instead of pursuing a professional sporting career, he began out as a sports writer for New York Daily News. It was a while before his career took off and in the 1980s he took several smaller broadcasting jobs. However, in 1986, he found himself as the host of SportsNight, a five hour show that aired every day and made his voice known in the sports world. In 1990, he began his commentating career.

Sims continued to work his way up the ranks until he got what he wanted, covering many sports bases while until he found his niche. Baseball became his focus in 2007 when he took a full time position commentating on the Seattle Mariners. He’s one of the few broadcasters in the industry who has made a career from broadcasting without first being a professional player.

In addition, Sims joined Basketball and Beyond with Coach K to discuss sports, speak with special guests and catch up once a week. 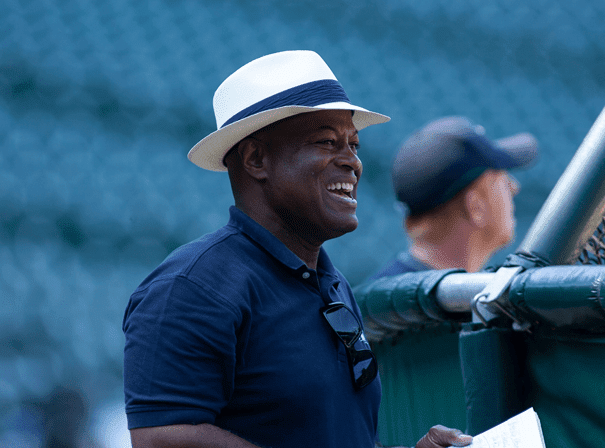