Influential American musican and actor David Yow first found recognition in the 1980s post-hardcore punk scene as the frontman of legendary cult bands Scratch Acid and The Jesus Lizard. In recent years, he has focused more on acting, appearing in the likes of I Don’t Feel at Home in This World Anymore, Under the Silver Lake, and Rattlesnake. He has released one solo album, 2013’s Tonight You Look Like a Spider, and published a book of his cat drawings entitled Copycat: And a Litter of Other Cats.

Born in Las Vegas, Yow formed Scratch Acid in Texas in 1982. Two years later, they released their self-titled debut EP, which made no commercial impression but became highly influential on the post-punk American underground music scene, with Kurt Cobain frequently naming it as one of his all-time favourite records. After two further releases, the band split in 1987, and Yow formed The Jesus Lizard, a pioneering noise-rock band whose confrontational music won them a loyal fanbase but little commercial success. They did, however, release six albums, sign with Capitol Records (the former American home of The Beatles), appear on the Lollapolooza tour, and release a joint single with Nirvana. The band split in 1999 but have occasionally reformed, most recently in 2019. Yow also had a brief spell as the vocalist with noise-rock duo Qui.

Yow made his acting debut in a 1994 film called It Crawls Inside Me and has since appeared in a great many films. His first real success came with 2017’s I Don’t Feel at Home in This World Anymore, which won a Grand Jury Prize at the Sundance Film Festival. 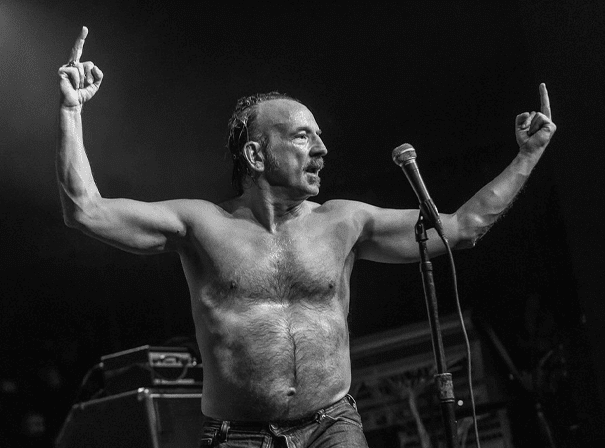