Dietmar Hamann – or ‘Didi’ as he is popularly known – is a German midfielder with an illustrious career, having played for top teams such as Bayern Munich, Newcastle United, Manchester City, and the Milton Keynes Dons.

Despite his successes elsewhere, it is Didi’s legendary tenure at Liverpool FC for which he is best known. During a successful seven-year run at Anfield he turned out for 191 league games and was instrumental in helping the club win the treble in 2001. Hamann cemented his cult status in Merseyside after playing a major part in the 2005 Champions League Final whilst suffering a broken foot and even converting a penalty. Miraculously Liverpool came back from 3-0 down to beat AC Milan thanks to Hamann’s tireless and astonishing efforts.

Considered to be officially adopted by Liverpool, Hamann has authored a book about his time playing for the club called The Didi Man: My Love Affair With Liverpool, which became a Sunday Times bestseller on publication. Hamann has also enjoyed a stellar international career, playing for Germany 59 times and scoring 5 goals, becoming a key player in the team’s journey to the World Cup Final in 2002. After retiring from professional football in 2006 Hamann enlisted as a coach and manager for various clubs including the MK Dons, Leicester City and Stockport County. Today, he still writes regularly about football, and acts as a commentator and pundit for RTE Sport, the BBC and Sky Sports. With a following of over 600,000, he’s also an influential presence on Twitter. 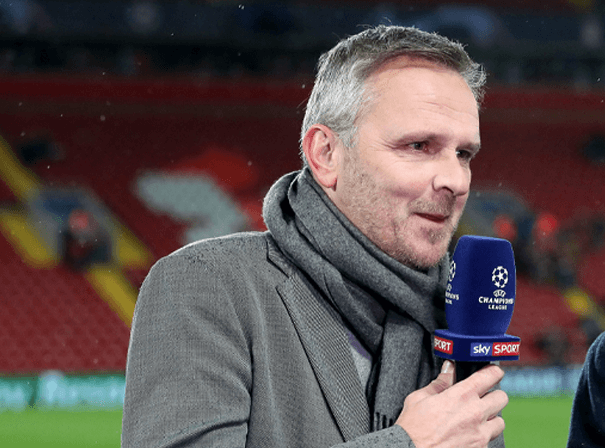