A Veteran Democratic Political Strategist, Donna Brazile is a renowned syndicated columnist and a contributor for Fox News.

Having had a lifelong passion for the future of political progress, in 2000 Brazile became the first African American to manage a presidential bid during her leadership of Al Gore’s campaign. She has since held offices as the Vice-Chair of Voter Registration Participation at the Democratic National Committee. Brazile is also the former chair of the DNC’s Voting Rights Institute. Of her current roles, Brazile currently stands on the board for the National Democratic Institute, the Congressional Black Caucus Foundation, and the Joint Centre for Political and Economic Studies. Alongside her political career, Brazile is also an adjunct professor at Georgetown University and is the founder of her training consultancy Brazile & Associates LLC.

With her unique take and in-depth analysis of today’s political issues, Brazile is a leading columnist and a contributor for Fox News. She is also a contributor to magazines including Ms. Magazine, Roll Call and a former contributor for CNN. The author of her best-selling memoir Cooking with Grease: Stirring the Pots in American Politics, Brazile is also the co-author of For Colored Girls Who Have Considered Politics alongside Yolanda Caraway, Leah Daughtry, and Minyon Moore. Brazile has since gone on to be named as one of the 100 Most Powerful Women by Washingtonian. She was also listed as one of the top 50 Women in America by Essence, and featured by The Oprah Magazine on the O Power List remarkable visionary. 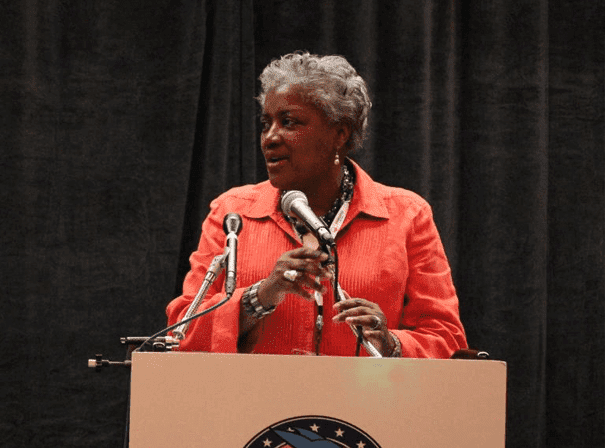