Versatile South African broadcaster Elma Smit has established herself across a dazzling array of media. Best-known for her sports presenting, she has also worked as a newsreader, presenter on breakfast TV and music TV. She has recently become a host of TV show Trending SA and is also a presenter for Jacaranda FM, the biggest independent radio station in South Africa. She has also contributed regular features to Afrikaans newspapers and worked as everything from stylist to music compiler. After building her profile in her home country, she launched onto the world stage in 2019 as the host of the official coverage of the ICC Cricket World Cup. She has also presented RWC Daily for the World Rugby YouTube channel. Her debut book, Become an Influencer, was published in late 2020.

Smit was born in 1986. She initially looked set to go into law, studying for a degree in it at the University of Stellenbosch. However, she did a post-graduate course in journalism at the University of Witwatersrand in Johannesburg and soon began her ascent of the entertainment industry ladder. She got her initial big break covering the 2011 Rugby World Cup for African channel SuperSport.

Away from the camera, radio booth, and printing presses, Smit is also a motivational speaker and has appeared at many corporate events. As the title of her book suggests, she is highly active on social media, with an outreach of over 150,000 across Instagram and Twitter alone. Despite the impact of the pandemic on worldwide sport, Smit has remained highly active and visible, the mark of a born media star. 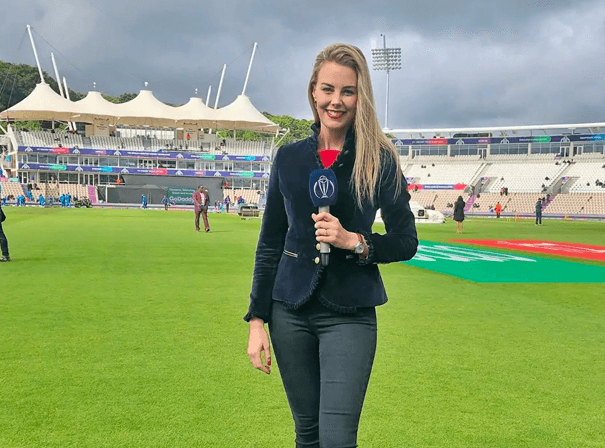