Nicknamed “Mr. Touchdown” by fans, Eric Ebron is a record-breaking football player known for his prodigious talents on the field. After graduating high school in 2010, Eric Ebron received three-star recruit status and was placed highly in the list of tight end prospects out of all other hopefuls in the country. Finding success in the world of college football, Ebron was a finalist for the John Mackey award, and his future in the NFL seemed secure. It was no surprise when he decided to put his name on the hat for the 2014 NFL draft. There, he wowed the officials with his fast 40-yard dash time and impressive drills despite a small injury.

Ebron’s professional football career started with the Detroit Lions 2014. In 2018 he made the switch to the Indianapolis Colts where he achieved even greater prowess as a star tight end. These were the days he achieved his highest receptions and receiving yards and touchdowns of his career so far. This star player did not disappoint fans who came to see his active play style and impressive number of touchdowns. In fact, he broke the tight end touchdown record set in 2007 by Dallas Clark in just 13 games, which earned him the nickname “Mr. Touchdown”. Although there is no doubt he can catch and run the ball with the best of them, it is his larger-than-life personality that helps make Ebron such an important member of the team. His fellow players have described him as outspoken, supportive, and ready to have fun. 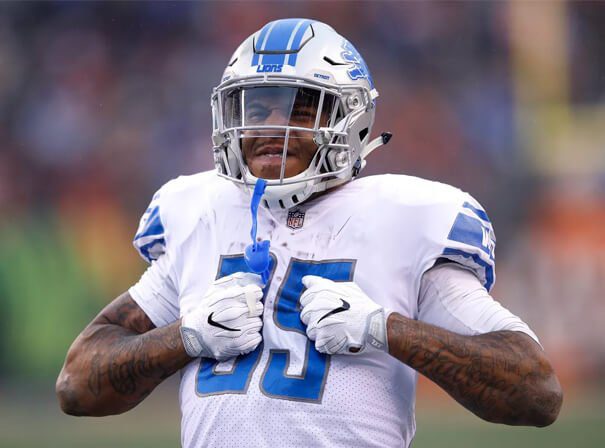