Fabio Studer is a skier, traveler and video creator. He debuted in the Freeride World Tour (FWT) in 2012-13, bringing a breath of fresh air to the FWT as a former slopestyler by demonstrating tricks from the park and on the terrain. In his first year, he finished fifth in the overall rankings and was subsequently named “THE MOST COMPLETE SKIER IN 2013” by Skiing Mag. Studer has worked on many international film projects and makes his own films in addition to competing in the FWT and competing in various international competitions, including Slopestyle and Big Air.

Hailing from Austria, Studer is at ease on any terrain, whether it’s high-flying in the park or deep diving in snow. He pioneered a modern form of freeskiing, spent eight years competing in the Freeride World Tour, and appeared in front of the camera for legendary ski productions – as well as for Jean-Claude van Damme.

After his outstanding performance at the “Swatch Skiers Cup,” a type of “Riders Cup” for freeskiers, German newspaper FAZ wrote: “He is one of those young skiers who are about to revamp the international freeride scene, to give it a new direction.” With his CLIFF, Studer is currently scouring the globe for the best ski, surf, bike, and paragliding spots. He has paid partnerships with brands Montec, Smith, Leki and Sidas. Studer keeps up with his fans on Instagram @fabiostuder, where he boasts over 74,000 followers. 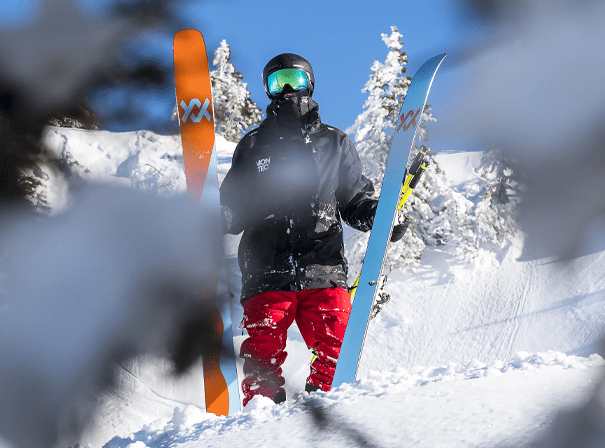