Fernando Alarza Vicente is one of the most experienced triathletes competing in the World Triathlon Series (WTS). He has appeared in the WTS top ten ranked triathletes since 2015, and represented Spain at the Rio 2016 Olympic Games. After an impressive 2019 which included seven top 10 finishes for the Spaniard and a bronze in the Grand Final, his main goal is now the Tokyo Summer Olympic Games in 2021.

Born in Talavera de la Reina, Spain, Alarza grew up with a love of both athletics and swimming and took up triathlon when he was 16 years old so he could combine his favourite sports. He made his debut in triathlon in 2007 and trained as a junior triathlete at the High Performance Center in Madrid. Alarza quickly earnt a reputation as a rising star of triathlon and in 2010 he won the Junior World Championship in Budapest. Five years later he made his first World Triathlon Series podium in London, winning the silver medal and becoming a regular fixture in the WTS top ten.

In 2016 he took three podiums, bagged his first WTS gold in Cape Town and made his Olympic debut at the Rio Summer Olympic Games. In 2019 he finished fourth overall after yet another impressive season, and Alarza has now set his sights on his second Olympic Games in Tokyo in 2021. 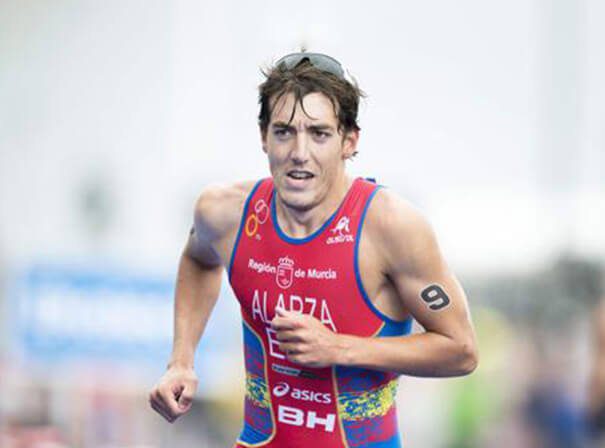