Finn Lynch made history when he became the youngest ever Irish sailing helmsman to compete at the Olympic Games. Lynch qualified for the 2016 Rio Summer Olympic Games at the Laser class world championships in Mexico, moving his status from ISA Development sailor to senior Providence Team Ireland status overnight. He achieved three top-10 finishes in 2019, including at Genoa in the Hempel Sailing World Cup series and is aiming to make the cut for the Tokyo Summer Olympic Games in 2021.

Born in Bennekerry, Carlow, Lynch sails for the National Yacht Club based in Dun Laoghaire. Whilst rising through the ranks Lynch picked up several medals at different levels, most notably winning the silver at the 2012 ISAF Youth World Championships in Dublin Bay, Ireland. Lynch was originally aiming for Tokyo 2020 as his first Olympic Games, but thanks to his speedy progress he made his Olympic debut four years earlier at the 2016 Rio Olympic Games. On the road to Rio, nineteen year old Lynch saw off top class competition from London 2012 Olympic veteran James Espey from Belfast and Baltimore’s Fionn Lyden to shock selectors and secure the Irish nomination for Rio after an impressive World Championships in Mexico.

Since returning from the Rio Games four years ago, Lynch has been focussed on making the cut for what he hopes will be his second Olympic Games in Tokyo. 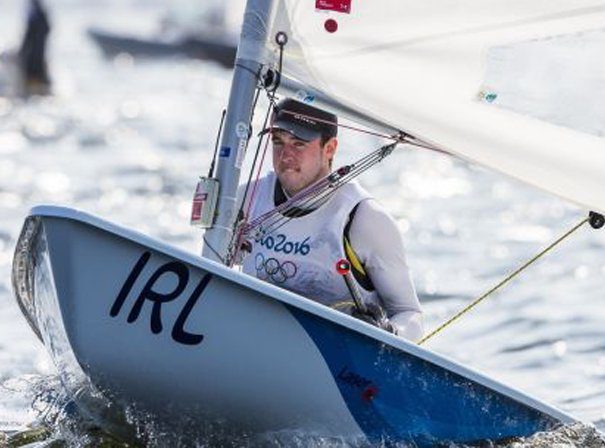