Olympic hopeful Francisco Guaragna Rigonat is a sailor from Argentina who clinched 2nd place in the men’s laser category in the 2020 World Cup in Miami. As well as picking up a sensational silver medal in Miami, the young sailor has been chosen by the Argentine Yachting Federation (FAY) as the representative for his country in the Laser category for the Tokyo Summer Olympic Games in 2021.

Born in the small town of Rufino on the edge of Santa Fe, Argentina, Rigonat first took to the seas with his father when he was five years old, sailing on the picturesque Laguna de Gómez before joining the Junín Yacht Club. Every weekend the young sailor would travel 190 kilometres to the Yacht Club where he would train and sail before returning home to go to school in his home town of Rufino. Rigonat was also a keen basketball player in his youth and was talented enough to play for his country, but he chose his love of sailing first, and competed in his first international event at the Laser 4.7 Youth World Championships in Buenos Aires, Argentina in 2012.

Rigonat has now been chosen as the national representative for the Tokyo Olympics by FAY, a decision that some saw as controversial when he was chosen in favour of three-time Olympian Julip Alsogaray. Rigonat has ignored all the controversy and instead is focussing on his preparation for the Olympic Games, where he intends to fulfil his Olympic dream and do his country proud. 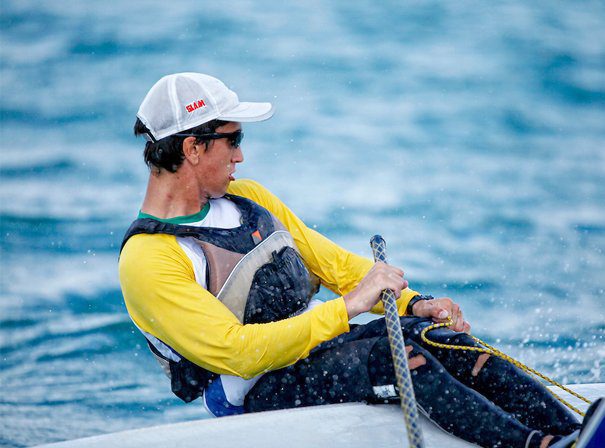