Russian taekwondo practitioner Georgy Popov is a World Championships and Grand Prix Medallist, and a former Youth Olympic and European Junior champion. Widely recognised as one of the most promising rising stars of his sport, Popov competes mainly in the 54kg or finweight category, and represents Russia internationally.

Popov began competing on the cadet circuit, where he quickly racked up gold medal wins at the Serbia and Turkish Opens, and competed at both the European and World Championships. Later competing at youth level, he would continue to impress at Open Tournaments, won gold at the 2016 WT President’s Cup Europe, and took his first European title at the 2017 European Youth Championships in Larnaca. The following year, he would round off his junior career with a bronze medal at the World Junior Championships in Hammamet, and added to his tally with a gold medal win at the Youth Olympic Games in Buenos Aires.

Firmly established as one of the most exciting young talents in taekwondo, Popov kicked off his senior career in 2019 with gold medal wins at the Slovenia and Riga Opens. The same year, he would debut at the World Championships in Manchester to take the silver medal, and landed his first Grand Prix podium finish with a bronze medal at the 2019 final in Moscow. By the end of his first senior season, Popov had climbed high in World Taekwondo’s rankings, landing in the Top 10 in his division worldwide. 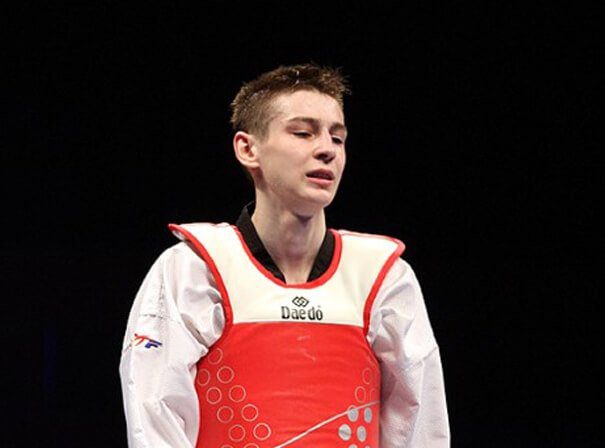