Italian road cyclist Gianni Moscon is pushing out all the stops. Currently, Moscon is riding high with the stellar Ineos Grenadiers team, and competes all around the globe. He has famously raced in the Classics Opening Weekend as well as the Tour de France. Born and raised in the apple farms of Trento, Italy, Moscon earned the nickname “Il Trattore” – “the Tractor.” By seven years old, Moscon has discovered his love of racing and was “hooked from the start.” Throughout his often controversial and prolific career, Moscon has lived up to his nickname. Never compromising and always pushing the boundaries of his body’s limits, Moscon is a formidable opponent.

Focused, determined, and up for the challenge, Moscon has taken on some of the cycling world’s most prestigious races. Notably, Moscon triumphed at the Arctic Race of Norway (2016) and the Tour of Guangxi (2018.) Moscon has also claimed a back-to-back victory at the National Time Trial Championships (2017 and 2018.) Since Moscon’s early days on the road in 2012, he has rarely completed a major race without finishing in the top ten. From the uncompromising Grand Prix Cycliste de Montréal to the E3 Harelbeke in Belgium, Moscon has raced through some of the world’s most challenging terrain.

As Moscon faces the next stage in his meteoric career, his tenure with the Ineos squad will continue to be the making of him. Since joining the team, Moscon has “become a vital cog” in their Grand Tour lineup. Taking on the gruelling World Championships, Moscon has showcased his individual strength away from his team. Now, as Moscon prepares to take on bigger, more brutal challenges, the sporting world waits with high anticipation. 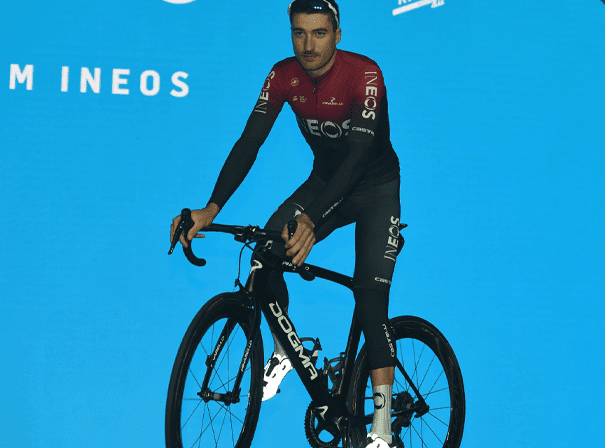