Some people are born funny, some become funny; others put their funniness to good use. James Cunningham is one of the latter. As a comedian, he has become well-known in three distinct fields: television, corporate events, and student events. On our screens, he is best known for presenting Eat St., a popular reality show in both Canada and the United States. Cunningham fronted each of the show’s 94 episodes, searching for the most unusual food served from the food trucks of North America. The show gave rise to an app, which has been downloaded over 300,000 times.

On stage, Cunningham is a tour de force. In the late 1990s, he devised and wrote a show called Funny Money, which aimed at educating college and university students about managing their finances. Over twenty years later, he is still performing the show hundreds of times per year, giving students invaluable life advice, whilst simultaneously reducing them to tears of laughter. At the last count, he was estimated to have performed Funny Money to over 250,000 young people.

Cunningham is equally in demand by the post-graduate world, as a corporate comedian and event emcee. Clients who have requested his talents include some of the biggest names of big business, including McDonald’s, Pepsi, Procter & Gamble, Starbucks, and Walmart. He has also hosted numerous events for The Power Within, a group who run motivational seminars by field leaders such as former US president Bill Clinton, Sir Richard Branson, Andre Agassi, and Martha Stewart. From local schools to multinationals, James Cunningham is a comedian everyone can laugh with. 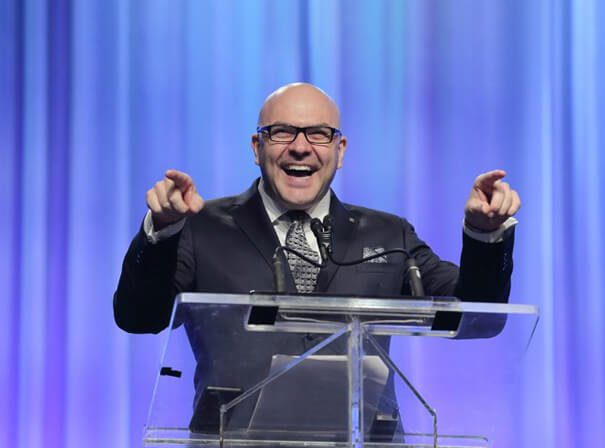