Still a fresh face on the AFL scene, Jay Lockhart has had a remarkable journey on his way to a key player for Melbourne Soccer Club. A golden all-rounder, Lockhart has certainly made a long-lasting impression in a short time, playing his first game only 15 days after joining the club. The long and arduous road to professional sport seemed to completely miss young Lockhart, this remarkable talent has promptly proved himself to all the right people.
From humble beginnings packing shipping containers in the small town of Truganina in Tasmania, Lockhart was thrown into the limelight after being scouted playing for the Casey Demons. As the biggest star in the Tasmanian State League, Lockhart took a little persuasion from coach Tom Couch to accept the move – a big decision for any young athlete. Selected just a few hours before the deadline, he made a swift debut against Geelong in the second round of the 2019 season. In his first year for Melbourne, Lockhart played 12 games, showcasing his athleticism and versatility and earning the youngster the praise bestowed upon him.
Since Lockhart’s move to Melbourne, the soon-to-be-star has everything going for him and is certainly going about the right way to prove himself as an AFL headliner. Lockhart made a particularly good impression against Hawthorn with a career-best 20 disposals as well as kicking a critical goal in the final moments of the game to keep his team biting for the victory. It has been a hectic few years for Lockhart but the future is bright for Melbourne’s latest luminary. 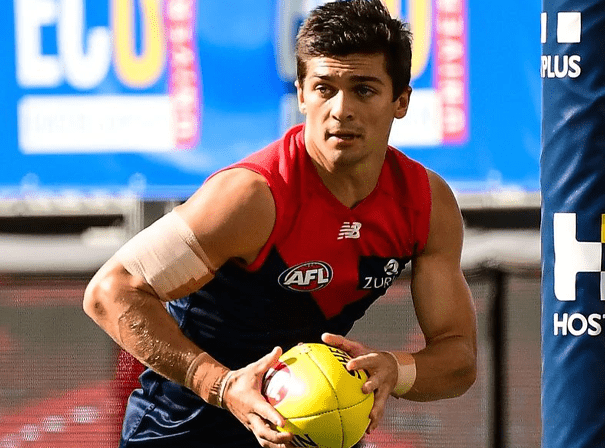