A popular choice for the women’s English cricket team, Lauren Winfield is a first-class wicketkeeper and batswomen. Not only is Winfield a great cricketer, she is an ambassador for the Chance to Shine programme – a charity promoting leadership skills to children in state schools. Winfield has appeared many times on a professional cricket green in recent years, including three Australian clubs in the WBBL.
Making a mark after a stirring season for Yorkshire in the Women’s County Championship, Winfield made her international debut against Pakistan in July 2013. She appeared in five games in 2014 and had a mesmerizing season in 2016, posting a maiden ODI ton and a record-opening of 147 with partner Tammy Beaumont in the T20I versus Pakistan. Winfiled’s cricketing career continued to open up when she featured as a member of England’s winning team at the 2017 Women’s World Cup. The following year, Winfield was named in the squad for the 2018 ICC Women’s World Twenty20 held in the West Indies. Success continued for Winfield and in early 2019 she reached the professional pinnacle with a full central contract by the England and Wales Cricket Board.
Winfield has efficiently climbed the ranks of professional women’s cricket and has most certainly earned her permanent place on the England side. Outside of the training ground, Winfield’s charitable persona allowed her to make a difference with the Chance to Shine programme, allowing her to give back some of her success to those less fortunate. 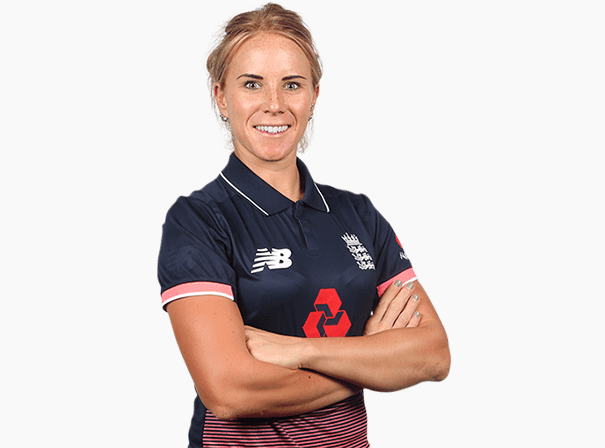