Matthew Kiichi Heafy is a Japanese-born American musician best known for his work with the heavy metal band Trivium as a guitarist and lead vocalist. Along with former Trivium producer Jason Suecof, he was also the lead vocalist for the band Capharnaum. Following a guitar performance at a school talent show, Heafy was approached by Trivium’s original singer, Brad Lewter, who invited him to try out for the band. Despite being just 12 years old, he was initially accepted as lead guitarist (other members were 15-16 at that time). Heafy eventually decided to join Trivium as a full-time lead singer while still remaining the band’s lead guitarist. Heafy’s vocal range was significantly extended with the release of Trivium’s fourth album, Shogun, which ranged from rather melodic singing to hardcore screams.

Heafy is a gamer and a Brazilian jiu-jitsu practitioner. On his Twitch channel “matthewkheafy,” he streams video games, guitar clinics, vocal warm-ups, demonstrating his Brazilian jiu-jitsu classes, and performing Trivium songs and acoustic covers on a daily basis. 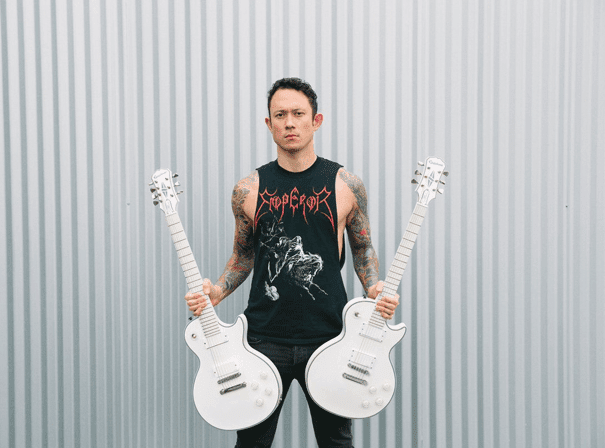