Reza Dehdar is an international weightlifter that competes for Iran. He was born in 1995 in Ramhormoz, Iran. His weight is 215 lb. He competes in the -102 kg category. Dehdar is widely renowned for his many outstanding achievements in weightlifting.
In 2015 Reza competed in the World Junior Championships in the men’s 85 – 94 kg category. In the clean and jerk he achieved 6th place lifting 186 kg and in the snatch he was fifth lifting 154 kg. In the total he was fifth lifting 340 kg. Competing as an adult Reza has progressed up the world rankings.

His most significant recent achievement was a bronze medal at the 2019 World Weightlifting Championships in Pattaya, Thailand. His performance was said to be stunning, beating all forecasts.
In the clean and jerk he lifted 206 kg in his first attempt and in his second attempt he lifted 217 kg, then lifted 219 kg. In the third attempt he won the gold medal in the clean and jerk achieving a total of 394 kg. He completed a fantastic back flip after this achievement in celebration. In the snatch he lifted the 175 kg weight at his third attempt finishing in 6th place. Dehdar got a total of 394 kg in the men’s 102 kg event. 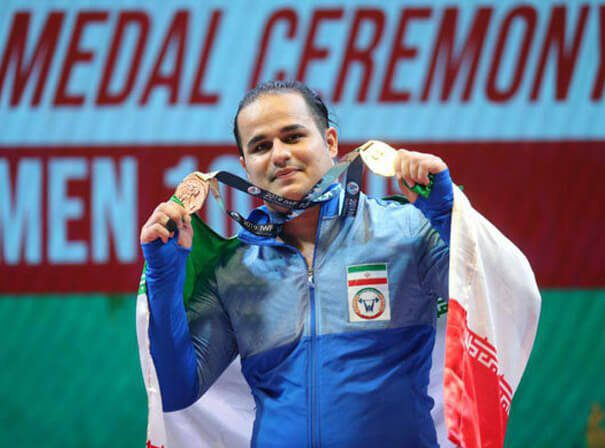