Rommel Pacheco Marrufo is a Pan American Games gold medallist and Olympic finalist, and one of the most successful Mexican divers of all time. He is known to fans by the nickname ‘el héroe’ (The Hero), is a celebrity throughout Mexico and beyond, and was a contestant on the sixth season of Mira Quién Baila (Look Who’s Dancing).

Pacheco began diving aged seven, and later joined his provincial team in Yucatan State. He became National Champion in 2002, and his first major international success came at the Pan American Games the following year. Here he took home a gold medal in the 10m platform event, and went on to compete at his first Olympic Games in Athens in 2004, reaching the finals of both the 10m platform and the 3m springboard. Over the following seasons, he would continue to compete at the highest level of the sport, twice reaching the Top 5 of the World Championships in the 10m platform, and returning to compete at the 2008 Olympic Games in Beijing.

In the FINA Diving World Series, Pacheco has landed multiple podium finishes in the 10m platform, the 3m springboard and 3m synchro, and he has taken home medals at Grand Prix events in Montreal, Bolzano, Gatineau, Fort Lauderdale and Guanajuato. At the Pan American Games, he scored silver medals on the 10m platform in 2007 and 2011, before claiming a double victory in Toronto in 2015, taking home gold in both the individual 3m springboard and the 3m synchro. World Aquatics Championships success would begin in 2013 with a bronze medal in the 3m synchro, and he would return to claim a silver in the team event in Budapest in 2017, and a silver in the 1m springboard in Gwangju in 2019. 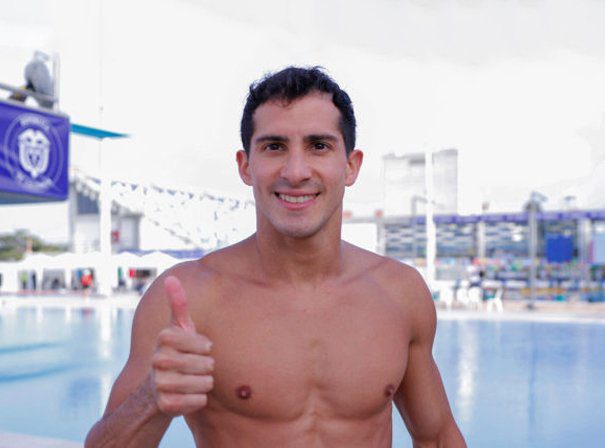