Shane Jacobson has seen every side of the entertainment industry, whether it’s acting, directing, theatre, novel/screenwriting, comedy, or television. He’s best known for his role Kenny Smyth in the film Kenny; the franchise was so successful, it got its own spinoff TV series, earning him awards for both his acting and screenwriting (Australian Film Institute, Film Critics Circle of Australia, and Inside Film Awards). In his forty plus years in entertainment, he’s acted alongside household names like Kate Winslet, Liam Hemsworth, Chevy Chase, Olivia Newton John, Kelsey Grammer, and more.

Charlie & Boots, which he co-starred with Paul Hogan, was another successful hit for Jacobson; the movie ended up having the best opening weekend in all of Australia for the year 2009. As for his current projects, he’s juggling hosting Little Big Shots Australia, created by Steve Harvey and Ellen DeGeneres, on Seven Network; voicing Shane on Thomas & Friends of the Thomas the Tank Engine Franchise, judging Australia’s Got Talent; as well as new film projects. More notable projects from his past include Top Gear Australia, The Great Australian Bake Off, and ABC’s The Time of Our Lives.

Jacobson also shines bright off the screen. On stage, he played Nicely-Nicely Johnson in Guys and Dolls, where he won a Helpmann Award. Otherwise, he’s also been in Mother and Son as Robert Beare, and The Rocky Horror Show as the Narrator. Along with that, his autobiography The Long Road to Overnight Success became a number one bestseller and he’s already completed a second novel, Rev Head.

Outside of the entertainment world, Jacobson is the Chief Scout of Victoria, which is a role that only governors have been prior to Jacobson. In addition, he’s the ambassador of numerous charities, like HeartKids Australia, The Mirabel Foundation, Parkinson’s Victoria, and more. 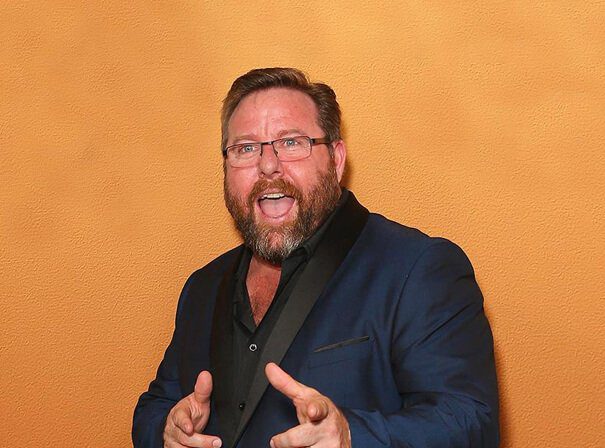