Blind ultramarathon runner Simon Wheatcraft possesses a limitless determination and incredible attitude which has seen him achieve what many would deem impossible. At just seventeen years of age he lost his sight but with the help of technology and boundless persistence, Wheatcraft can now run on his own outdoors, completing road races of up to 100 miles.
Wheatcraft was born with a degenerative eye condition called Retinitis Pigmentosa. After losing most of his vision at 17, he refused to use any sort of mobility aid until his sight deteriorated significantly at the age of 28.

Wheatcraft recalls the day he and his girlfriend had to give up climbing a mountain due to dangerous terrain; at the time he vowed never to quit a challenge again. This triggered his hunger to test his capabilities and he began running between goalposts at a local football club, using an app called Runkeeper to provide audio assistance. Next, he dauntlessly took himself to a dual carriageway, putting his trust in the drivers to avoid him. His predictions were correct and he began regularly running open roads, heavily relying on pavements and grass banks for a sense of direction.

Wheatcroft reached ten miles and simultaneously registered for a 100 mile race. He managed to reach 80 of the 100 until he could no longer stand. His extraordinary capability and determination saw him run the New York Marathon and now he is making it his mission is to run alongside sighted people, across the Sahara and other incredible terrains. 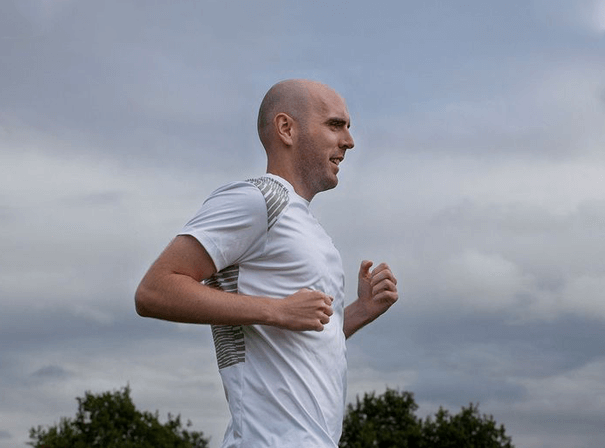