Irish rugby union star, Tadhg Beirne, is a key player for top European club side – Munster. Beirne can be found leading Munster in the United Rugby Championship and in the European Rugby Champions Cup. He often plays as a lock, but can also play in the back-row if needed, demonstrating his versatility. The rugby giant has won the United Rugby Championship with Scarlets in the 2016-2017 season, and was also awarded the accolade of Pro14 Players’ Player of the Season in the 2017-2018 campaign. Since these awards, Beirne has become one of the best players in Europe, with the heavyweight being named in the 2021 Six Nations Team of the Championship, having also been nominated for the Player of the Tournament award.

Beirne graduated through the prestigious Leinster Academy and was thrown into the world of elite level rugby when he made his senior debut from the bench against the Cardiff Blues in 2015. In October 2017, leading Irish club Munster announced the signing of Beirne on a two-year contract. The contract began at the start of the 2018–19 season and signalled Beirne’s ascent to stardom. Beirne was named the Guinness Players’ Player of the Season when the 2017–18 Pro14 awards were handed out in 2018.

The 2021 Six Nations saw Beirne secure his place in Ireland’s starting team, and reach the pinnacle of one of the fiercest and most demanding sports played across the globe. 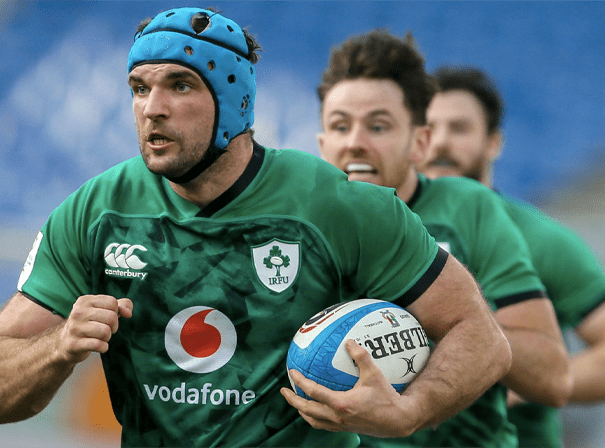