Award –winning entertainer Tracey Bell is an impersonator extraordinaire who has performed as “8 Divas in 44 Minutes” for audiences around the globe. Famous around the world for her brilliant live impersonations of celebrities including Madonna, Cher, Tina Turner, Dolly Parton, Marilyn Monroe, Celine Dion, Janis Joplin and Liza Minnelli, she won the Canadian Event Industry’s Entertainer of the Year Award in 2005 and has been nominated a further three times.

Born in Edmonton, Alberta, she began her impersonations as a young child, and began performing impersonations of Marilyn Monroe and Tina Turner at Goose Loonies, a nightclub in Edmonton where she worked as a cloakroom assistant. Bell soon became a popular fixture at the club, performing impersonations of popular 80s acts including Katrina and the Waves, Doctor and the Medics and Amazulu. She then began to perform independently in different clubs, and after a few years developed her own one-woman show “8 Divas in 44 minutes”. The show included impersonations of the world’s most famous divas and she began to perform at both public and corporate events, encouraging interactive audience participation.

Bell’s entertaining show also led to television and film work, and she appeared in an Emmy-Award winning episode of The X-Files as Cher and as the pop diva’s double in the films Becoming Dick and Reindeer. Whether she’s performing as Tina Turner for Breakfast Television, as Shania Twain at the Petro Canada Presidents Gala or singing ‘Happy Birthday’ to former Canadian Prime Minister Pierre Trudeau, Bell never fails to make a big impression. 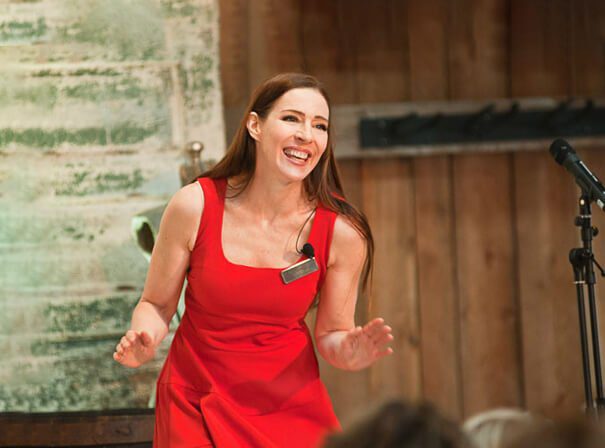