Olympic team contender and pair skater Trennt Michaud is a tour-de-force on the ice. Born and raised in Belleville, Ontario, Michaud first picked up his skates at eight years old. A natural on the ice, Michaud entered the Canadian Championships 9 years later. Represented by the Prince Edward Country Skating Club, Michaud’s meteoric rise began to take shape. He would go on to win the junior pairs title at the 2016 Canadian Championships with his then partner Hope McLean. From Ontario to travelling the world, Michaud was beginning to shake things up in the game.

Since teaming with Evelyn Walsh, Michaud’s performance on the ice has gone from strength to strength. Together they won the 2019 Canadian silver medal, and Michaud is the 2017 Canadian national junior champion. Michaud has taken part in the Grand Prix series to compete in both Skate Canada International and Skate America. Taking the world by storm, Michaud and Walsh have finished in the top twenty at the World Championships and top ten at the Four Continents competitions.

An Olympic hopeful, Michaud’s next chapter involves the grandest sporting stage on earth. Competing at the 2020 Four Continents Championships and the 2020 Canadian Championships, Michaud and Walsh have taken their discipline to the next level. Beyond the competition, Michaud and Walsh served as skating doubles for Kaya Scodelario and Evan Roderick in the hugely successful Netflix series ‘Spinning Out.’ 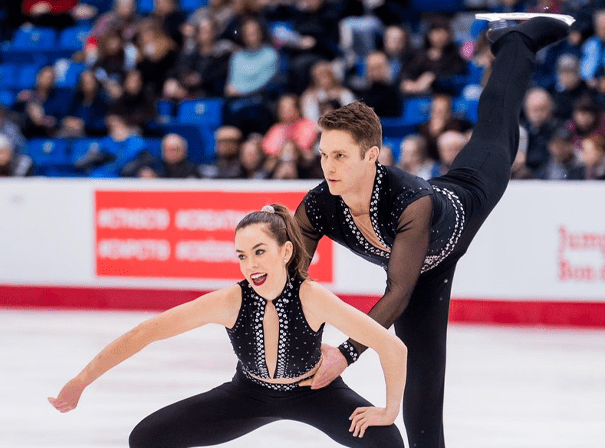