Chinese professional weightlifter, Wang Zhouyu is one of her country’s top gold-medal-winning athletes and a two-time World Champion.

Competing internationally since she was in her teens, Zhouyu enjoyed her first major professional win at the 2013 Junior Asian Championships, at which she competed in the 75kg category and took home her first gold medal. Zhouyu soon went on to make her senior weightlifting debut during the following year at the 2014 4th Presidents Cup held in Russia at which she successfully won a silver medal. Becoming a renowned competitor at women’s weightlifting championships around the world, Zhouyu has since achieved numerous medal wins, including a bronze at the 2015 5th Presidents Cup and two gold medals in the 75kg categories at both the 2015 Asian Championships in Thailand and the 2017 National Games of China. Having gone on to begin competing in the 87kg category, Zhouyu has continued to win gold medals at the 2019 Asian Championships and the World Cup both held in China.

In addition to her array of gold medals, Zhouyu is also a two-time World Weightlifting Champion, following her wins at the 2018 World Championships in Ashgabat and again in 2019 at the competition in Thailand. It was during 2019 that Zhouyu also successfully qualified for the 2020 Tokyo Olympic Games at the qualifiers in Japan, following her gold-medal win in the 87kg category 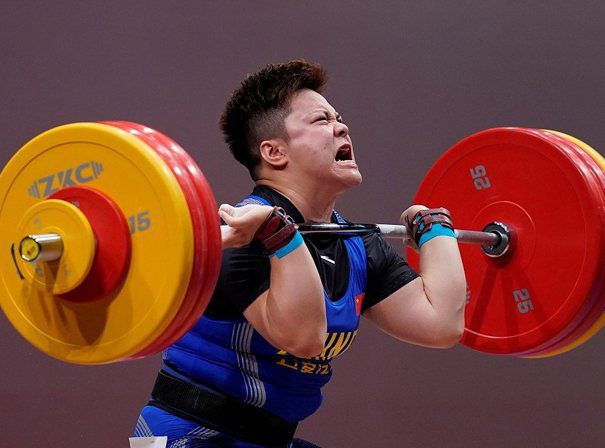