Deeply immersed in the world of developmental analysis in Asia, Dr. William H. Overholt is the current president of Fung Global Institute. He’s also a senior research fellow at the Ash Center for Democratic Governance and Innovation, in the John F. Kennedy School of Government.
Dr. Overholt has spent years meticulously studying an impressively vast spectrum of areas in Asian policy, including economics, finance, military, and business affairs. As such, he has carved out a place for himself as one of the foremost experts in these sectors, and continues to use his deep knowledge and insight to provide valuable consultation to different companies, institutions and governments.
It’s this truly unique track record which has allowed Dr. Overholt to lend his skills within a myriad of roles. Previously, he has served as the Director of the RAND Corp’s Center for Asia Pacific Policy, was the Head of Strategy and Economics at Nomura’s regional headquarters in Hong Kong, spent time in Singapore as Managing Director and Head of Research at Bank Boston, and also in Hong Kong as Regional Strategist and Asia Research Head for Banker’s Trust. Other roles which highlight Dr. Overholt’s expansive career include taking on a directing role for institutions like the U.S. Department of Defense and serving as Director of Hudson Research Services.
With such a rich career path, it’s unsurprising that Dr. Overholt’s political work has led to him advising on significant events all across the world, including conflicts within South Korea in 1980, Zimbabwe’s campaign for independence in the late 1970’s, the 1986 Phillipines revolution, and more. As one might expect, the culmination of being so well-travelled and having such a deep and varied career has resulted in Dr. Overholt’s current standing as the go-to authority across a myriad of topics. 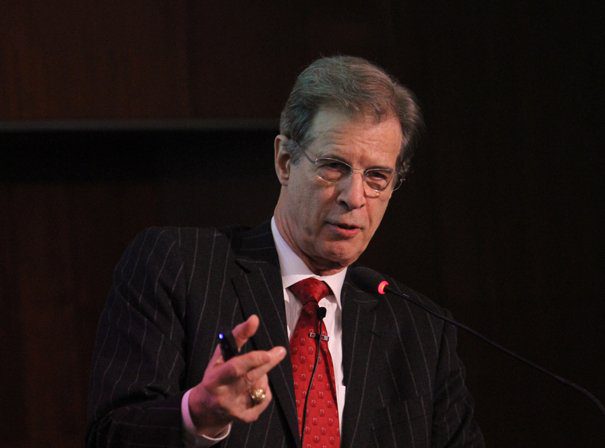