Olympian and basketball star Angel McCoughtry is a formidable player. Best known for donning the number 35 shirt for the Las Vegas Aces, McCoughtry has had a thrilling career to date. She has topped the leaderboard at the Big East Conference, excelled at the University of Louisville and played for the phenomenal Atlanta Dream team. Born and rained in Baltimore, McCoughtry earned her stripes in the court at the Northwood Recreation Center. From there, she would become a standout high school athlete at the St Francis Academy and The Patterson School before launching her incredible college career. Now one of the most recognisable faces in the WNBA, McCoughtry has a long and exciting career ahead of her.

Internationally, McCoughtry has competed for Team USA and several Euro teams such as Good Angels Košice and UNIQA Sopron at some of the world’s most significant sporting events. She has become well known for her natural flair for strategy and pushing herself to the max to support her team. As a result, she is rarely away from the podium. McCoughtry has numerous titles to her name, including two Olympic golds, two World Championship golds and a gold from the Pan American Games, to name a few. With a foundation built on smashing records such as the highest-scoring Louisville’s women’s basketball player and earning 1st overall pick in the 2009 WNBA Draft, McCoughtry is a force to be reckoned with.

Beyond the court, McCoughtry is the head of culture for Players TV and regularly posts behind the scenes and day in the life content on her popular Instagram channel. Most recently, McCoughtry has been an inspiration to her 500K+ followers as she learns how to overcome an in-game injury. With her passion and captivating gameplay, McCoughtry will be lighting up the courts for years to come. 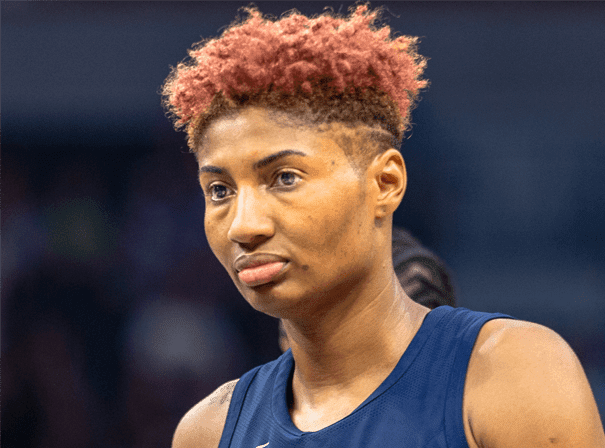