Professional basketball player Anthony Tolliver has played with his fair share of teams in the NBA as well as internationally, gaining a wealth of knowledge and experience as a player on and off the court. Born and raised in Springfield, Missouri, Anthony attended Kickapoo High School, committing to Creighton University in 2002. The youngster thrived on the court throughout his time there, and in his senior year was named first-team all MVC, finalist for the Lowe’s Senior CLASS Award and to the collegeinsider.com mid-major All-American team.

Following his graduation Anthony spent the 2007-08 season playing for Iowa Energy in the NBA development league. That year he also travelled across the world to Germany to spend some time playing with Eisbären Bremerhaven in the German Basketball Bundesliga. Back in the states, Anthony was signed to the San Antonio Spurs. He spent that season playing between the Spurs and Austin of the D-league, going on to rejoin Iowa and eventually New Orleans. Ready for another international adventure, Anthony briefly played in the Turkish League for Galatasaray Cafe Crown. In 2010 the international superstar was signed to the Golden State Warriors, hitting a career high of 34 points with the team.

Anthony spent the following 10 years playing for a number of different teams from the Minnesota Timberwolves and Atlanta Hawks to the Charlotte Bobcats, Phoenix Suns, Detroit Pistons and Sacramento Kings. In 2020 the basketball veteran was signed to the Memphis Grizzlies before joining the ranks of the Philadelphia 76er’s in 2021. Anthony is a member of the wonderful group Starting Five alongside Malcolm Brogdon, Joe Harris, Justin Anderson and Garrett Temple. Their goal was to raise $225 000 through Brogdon’s charity Hoops2O in order to construct five wells in East Africa. In 2020 a massive 10 wells were constructed in Tanzania and Kenya, supplying 52 000 citizens with clean, fresh potable water. 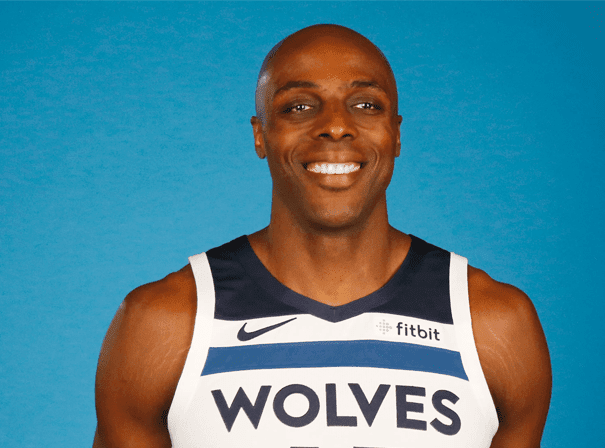