The NHL superstar is a testament to perseverance and determination. Battling various health issues throughout his prolific hockey career, Bryan Bickell has always been one of the best in his sport. The Canadian was born and raised in Orono, Ontario and excelled at both hockey and baseball as a child. In fact he was so good the New York Yankees scouted him at an early age, however Bryan chose to focus on his passion for hockey instead and moved to Ottawa.

In 2002 the young hockey talent was drafted by the Ottawa 67’s in the OHL Priority Selection. Two short years later Bryan was drafted into the NHL by the Blackhawks. In 2007 he made his NHL debut with the team, scoring his first goal in the league that very night against the Detroit Red Wings. In 2010 Bryan played in his first Stanley Cup Playoffs, competing in 4 post-season games. The Blackhawks won the cup that year. 2013 saw another Stanley Cup for the team, and the first official win for Bryan as he played in the final sixth game of the Stanley Cup Finals. His name was engraved on the cup for a second time in 2015 as the Blackhawks skated their way to victory once more.

In 2016, with two Stanley Cups under his belt, Bryan was traded to the Carolina Hurricanes. It was around this time his health issues ramped up again and Bryan was officially diagnosed with Multiple Sclerosis. Undeterred by this and more determined than ever, the hockey legend returned to play his final game against the Philadelphia Flyers in 2017. The NHL honored Bryan’s career and perseverance through hardship at that year’s NHL Awards Ceremony. Bryan now happily runs the foundation he and his beautiful wife founded, the Bryan & Amanda Bickell Foundation, that helps rescue abused pit bulls. 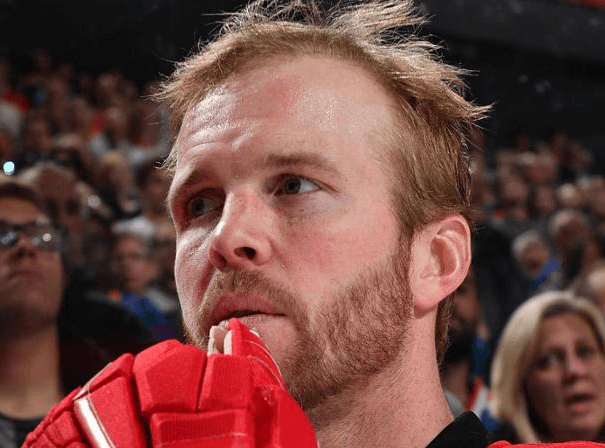