With a current professional record of 19-8, Mixed Martial Artist Christos Giagos is a force to be reckoned with inside the ring. The lightweight fighter grew up in Southern California in a Greek American household and first started wrestling in high school. From that moment the passion grew and a very successful career started forming.

Christos first started training in MMA in 2009 at the age of 19. That very same year, fresh to the game, the fighter professionally debuted in regional promotions across California. He racked up a 10-2 record, including a win in 2014 at the RFA Lightweight Championship by TKO. Following this impressive performance, Christos signed with the Ultimate Fighting Championship later that year. He made his UFC debut at UFC 179 against Gilbert Burns. The following year Christos won his UFC Fight Night 62 fight via submission in the first round. 2017 saw him transition to the Russian Absolute Championship Berkut, now known as Absolute Championship Akhmat. He won his first fight in the championship against Brazilian Alexandre Pimentel by unanimous decision.

Christos returned to the UFC in 2018. In 2021 he fought against returning MMA veteran Sean Soriano at UFC 262. Not only did he win the fight, he also walked away with Performance of the Night. The UFC champ is now also a coach at Systems Training Center, teaching others everything from CrossFit and Kickboxing to strength and conditioning. As well as training at the center he also thoroughly enjoys spreading his passion and gift to others there. 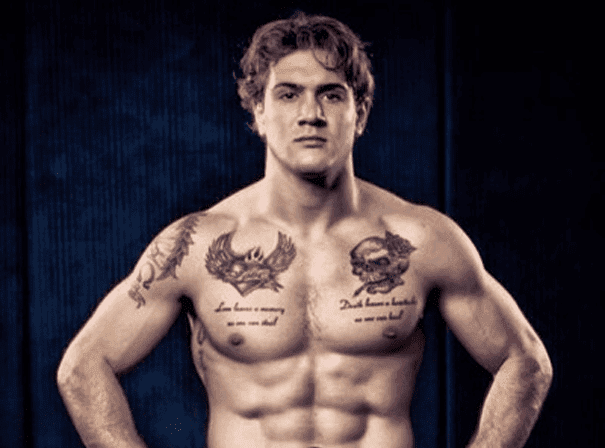