Debra Searle is an adventurer, motivational speaker and television presenter, best known for rowing solo across the Atlantic and numerous other expeditions and feats of endurance.

Searle was keen on sport from a young age, playing county level tennis and netball and regional level lacrosse. She later joined Great Britain’s Dragon Boat team, which won gold at the European Championships in 1998, and silver and bronze at the World Championships the following year. In 2001, she set off on the hugely demanding Atlantic Rowing Challenge with her then-husband, but he had to be rescued from the boat early in the race.

Against the odds, she continued the feat alone, gaining worldwide media attention and praise for her strength and willpower. Other physical achievements include completing the Yukon River Race, sailing across the Southern Ocean, and taking part in bike races such as the L’Etape du Tour in the Pyrenees and the Dartmoor Classic.

As part of her adventuring, Searle was featured on the BBC’s Extreme Lives, resulting in presenting jobs on shows including Grandstand, Sweat and Tears, Big Strong Boys, and The Southampton Boat Show. She is the author of two books – Rowing It Alone, and The Journey: How to Achieve Against the Odds – has contributed to several others, and has spoken at over 1000 events for companies including Barclays, BP, Google and IBM.

As well as her speaking and motivational work, Searle is an advocate for diversity and inclusion, and co-founded MIX Diversity Developers Ltd, a consultancy working in this area. She was a founding member of The Business Women’s Network Forum, as part of which she worked to promote gender balance in the workplace, and was the youngest ever trustee of the Duke of Edinburgh’s Award. She was appointed an MBE in 2002 and an MVO in 2014. 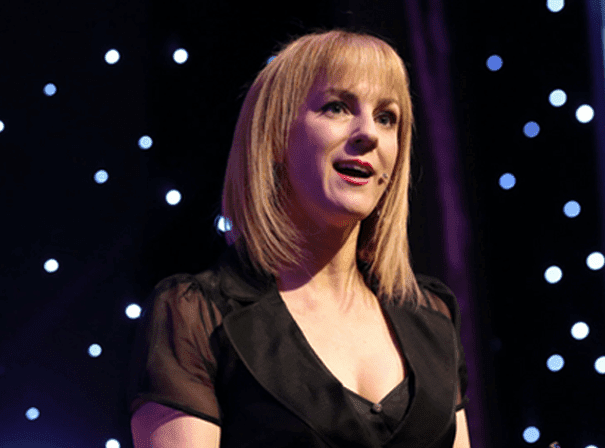