Football star Demarcus Ayers was drafted by the NFL’s Pittsburgh Steelers after a successful college career at the University of Houston. Also a standout at Lancaster High School, the talented wide receiver has spent time with the New England Patriots, Chicago Bears and in the Canadian Football League playing for the Saskatchewan Roughriders.

Born in Dallas, Texas, Ayers first impressed playing for Lancaster High School and opted to join the University of Houston for his college career. In his freshman season in 2013 he was named to the ACC First Team as a kick returner and broke a Houston freshman record notching up 37 returns for 1,021 yards. After a successful sophomore season he then continued to shine as a junior in 2015, where he ranked sixth in the nation in receptions and lead the American Athletic Conference in receptions with 98, also totalling 1,221 receive yards (18th overall in the nation). His college achievements led to Ayers being named to The American first team at both kick returner and wide receiver.

Ayers caught the eye of NFL team Pittsburgh Steelers who picked the wide receiver in the seventh round of the 2016 NFL Draft. After making his professional debut on December 25th later the same year, he helped the Steelers beat the Baltimore Ravens after catching his first career reception on a nine-yard pass from “Big Ben” Roethlisberger. Stints with New England Patriots, Chicago Bears and New York Guardians followed for the football star before a spell with the Saskatchewan Roughriders in the CFL. 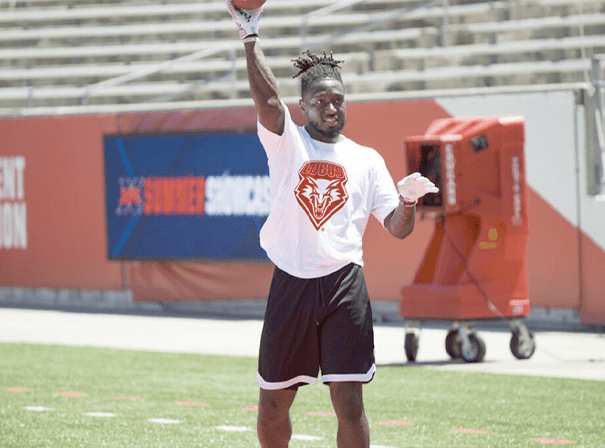