Latvian figure skater Deniss Vasilievs is a Winter Youth Olympics medallist, and a World Championships and European Championships finalist. He has been named senior Latvian champion four times, and previously earned the title on five occasions at novice and junior level. Vasilievs is associated with skating clubs Daugavpils SC and ACBB Boulogne Billancourt as well as Latvia’s national team, and first entered the top 20 of the men’s singles world standings in the 2017-18 season.

Vasilievs stormed onto the novice skating circuit in 2010, taking first place finishes at events including the Haabersti Cup, the Rooster Cup and the Warsaw Cup, and landing the first of his age-group wins at the Latvian Figure Skating Championships that year. Over the following seasons, he would pick up further wins at the NRW Trophy and the Hellmut Seibt, and would take junior-level victories at the Cup of Nice, the Bavarian Open, and the Denkova-Staviski Cup. On the Junior Grand Prix circuit, Vasilievs took silver medals in Latvia and Poland, and he placed in the top 8 at the Junior Worlds for three years running. At the 2016 Winter Youth Olympics in Lillehammer, he would have a pair of successes, taking silver in the men’s singles event and bronze in the team event as part of the Mixed-NOCs team.

Since his senior debut in 2015, Vasilievs has taken gold medals at the Cup of Tyrel, the Ice Star and the Nordic Championships, and has picked up Challenger Series podiums at the Tallinn Trophy and the Ondrej Nepela. He has finished as high as fourth at the European Championships and sixth at the Worlds, and made his senior Olympic debut in South Korea in 2018. 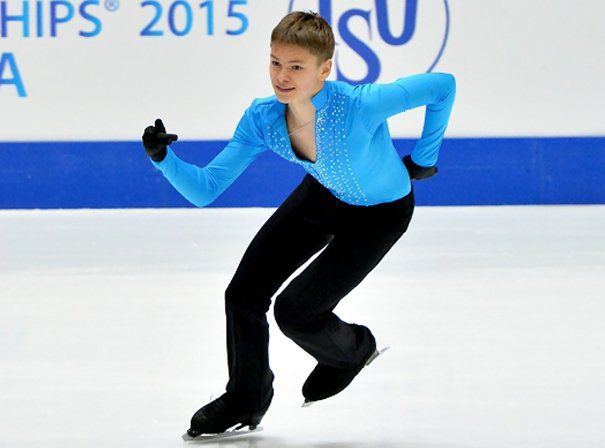