Two-time Olympian and former world champion Elena Pirozhkova is a wrestler from the United States. Pirozhkova, a 2012 and 2016 Olympian for the United States, was named the 2012 World Champion. She placed seventh at the 2016 Olympic Games in Rio after winning world silver medals in 2010, 2014, and 2013, as well as a world bronze medal in 2013. She competed for Team USA as a wrestler for ten years (2007–2017), finishing her career in 2016–17 as the top-ranked American at 63 kg/138.75 lbs. She is one of the most accomplished American female athletes in the sport’s history.

From 2008 through 2016, Pirozhkova competed in nine consecutive years for Team USA’s world championship and Olympic teams. She has won the U.S. Open eight times (2009-15, 2017). She won the University World Championship in 2008 and 2010 in addition to four Pan American Championship titles and three victories at the Golden Grand Prix Finals. The USA Wrestling Women’s Wrestler of the Year for 2010 was Pirozhkova.

In 2021, Pirozhkova was chosen to lead the women’s wrestling programme at New Jersey City University. She had previously worked with younger girls at the Olympic Training Center in Colorado Springs, Colorado, and for Team New York at the Fargo Junior Nationals during her tenure as a competitor. In addition, she coached for Beat the Streets and acted as an instructor at various clinics during her competitive career. 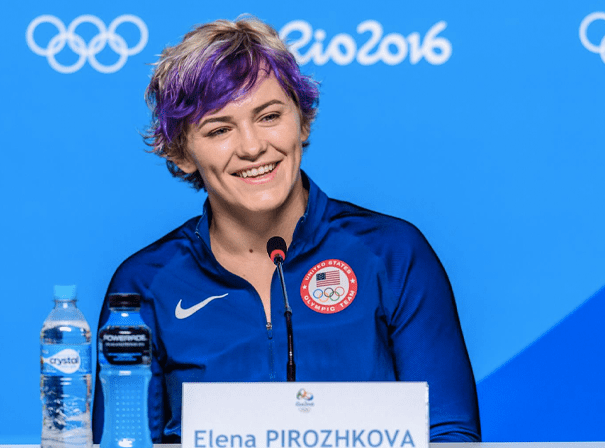