The multi-talented Jerrad Tyson is not just a professional Soccerer who keeps goal for Melbourne-based Green Gully FC, but is a published author and a creative chef, too. His book, The One Percenters, is a nutrition guide aimed at National Youth League players in order to help them in that first year of transitioning from having their mother cook for them at home, to having to look after themselves.

Tasmanian-born and Queensland-raised, Tyson always loved playing Soccer as a child, and he started keeping goal when he was 13 for his Sunshine Coast local tea, Maroochydore FC. Four-years later he joined the FFA Centre of Excellence, a Soccer talent identification and player development program run by the Soccer Federation of Australia in Canberra, and played for their team, AIS. In 2008 he joined the semi-professional side Sunshine Coast, and then Brisbane Strikers the following year. In 2009 he signed with Gold Coast United, and was with the club until 2012, helping them to win the National Youth League in the 2009-10 season. He went on loan to North Queensland Fury in 2010 and 2011, and then from 2012 to 2018, he moved around a number of clubs, including Perth Glory, and Western Sydney Wanderers, before signing with South Melbourne FC in 2018. After an abortive move to India to play with Chennai City, Tyson returned to his native Australia and signed with Green Gully FC in 2019. He has also kept goal for the Australian National side at U20 and U23 level. Away from sport, Tyson has always had a love for cooking and leading a healthy lifestyle, something which he decided to putting down in print when he published his book, The One Percenters, in 2016.

Tyson regularly entertains his legions of dedicated fans and followers on Instagram, posting pictures and videos about his latest creations in the kitchen, as well as his recent feats between the goalposts. He also has an official website, jerradtyson.com.au. 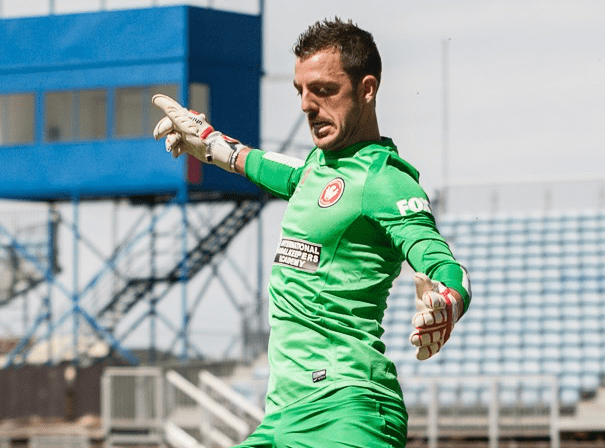