Kaz Grala is a professional American stock car racing driver who hails from Boston. Grala is best known as the youngest NASCAR winner in the history of Daytona International Speedway, as well as the youngest person to ever compete in an International Motor Sports Association event, at the staggering age of 15. Grala has achieved all of this before his 21st birthday, an incredible achievement in what is often considered a dangerous sport.

Grala is known for his truck driving, competing part time in the NASCAR Xfinity Series driving the No. 21 Chevrolet Camaro for Richard Childress Racing, as well as driving the No. 33 Chevrolet when he gained his first top ten finish of his career, but undoubtedly not his last. Grala is not only commended for his driving achievements but for his ingenuity; when his team shut down due to health issues, family and friends of Grala pulled together in under two weeks to create a team which would see Grala finish in the top-10, an underdog story which still captures attention.

Grala is known for his professional, articulate and business-savvy attitude to racing, and is currently deferring his place at the prestigious Georgia Tech to pursue Mechanical Engineering with Computer Science to continue on with his promising NASCAR career. Grala is currently preparing for his next race, where he shares his gym preparation over on his Twitter to over 18 thousand followers. 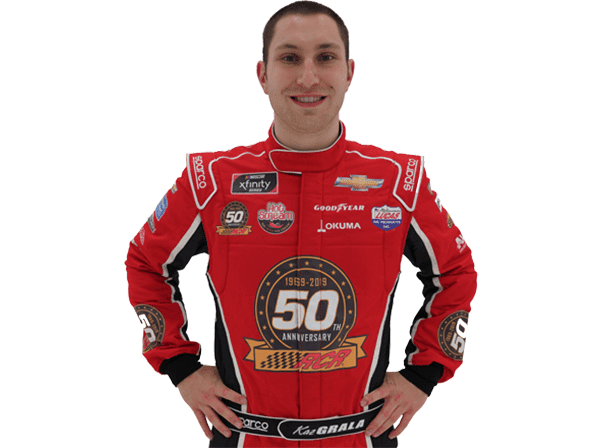